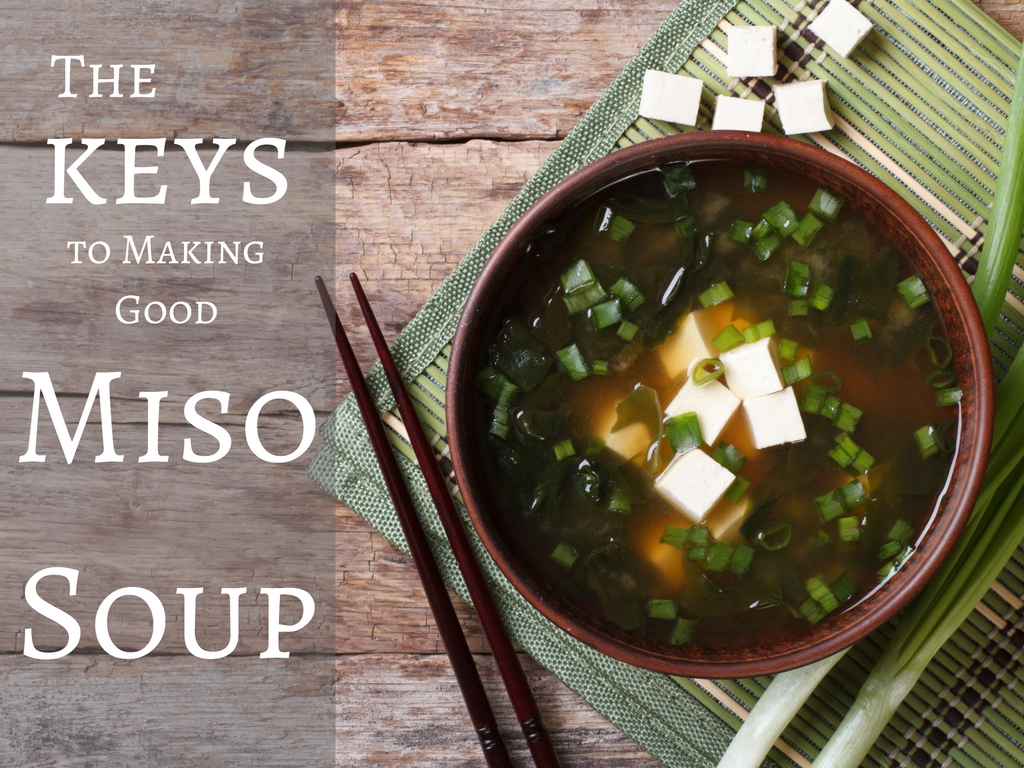 When you’re looking for Japanese cuisine, miso soup should be in the search. This flavorful selection is a great choice for multi-course feasts and midday lunches alike. As you travel in the search for a good bowl of miso soup, keep in mind the two important keys that make all the difference in a great batch.

Not All Dashi Is the Same

Dashi is the clear broth used in miso soup. It’s made of fish and kelp. While it’s easier to buy a ground or powdered versions of dashi, the results can be less than perfect. That’s why the most important key to miso soup is utilizing freshly cooked dashi, which is surprisingly easy to make. As for kelp, don’t worry about the fresh versus dried argument. Both offer the same flavor among this finished ingredient’s prominent blend.

For many cooks, measuring the time before a dish reaches it flavorful potential can be tricky. Miso soup requires an added amount of diligence. It basically comes down to one principal: boiling is the enemy of great taste. Gentle simmering and lower heat settings usually do the trick when preparing this delightful dish. Depending on the select range or heating element, a great bowl of miso can be cooked in less than 30 minutes.
Miso is a beloved dish for many reasons, including its unique flavor. This versatile choice covers every season and provides a delicate balance for even the heaviest meals. Mastering the essential keys to a great bowl of miso takes time and practice, but the mouthwatering results are worth it every time.

Shogun Japanese Steakhouse provides a unique dining experience combining traditional Japanese cooking with an entertaining display of culinary skills. If you’re looking for a delicious miso soup and a traditional Japanese dish, call us today at 407-352-1607 to make your reservation. 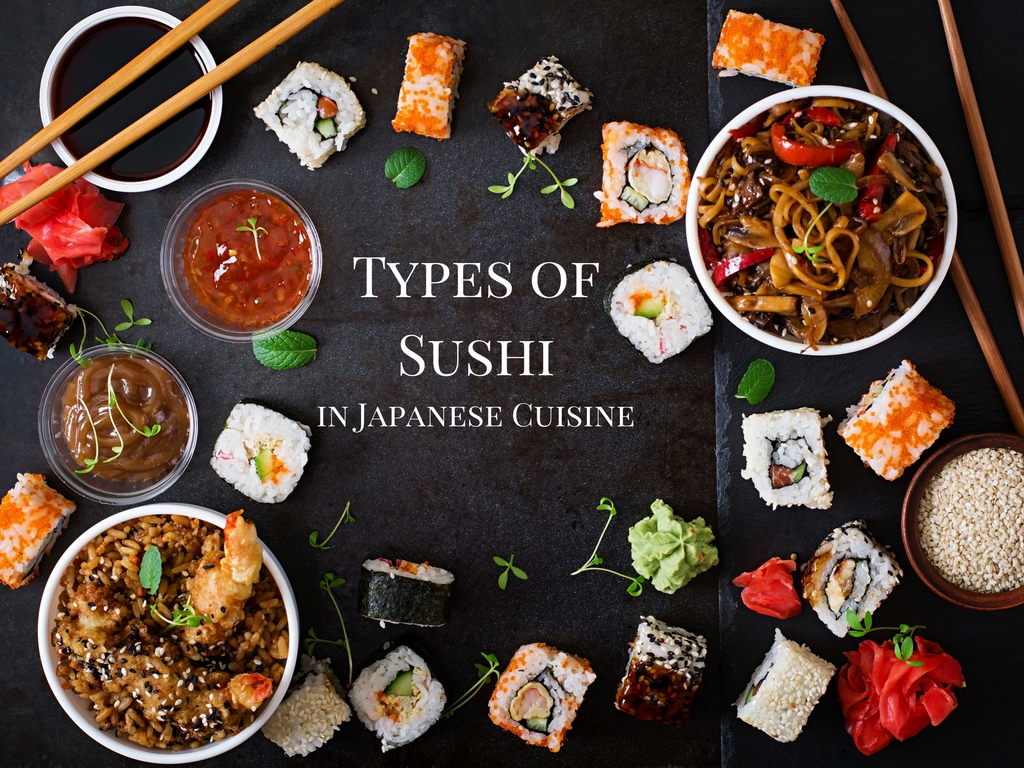 You’re in for a treat if you’re dining at a traditional Japanese restaurant like Shogun Japanese Steakhouse. Not only will you be able to enjoy the mouth-watering savor of expertly prepared teppanyaki, but you can also delight your palate with lighter fare, such as sushi, sashimi, and the like.

Check out the following three, most well-known sushi types if you’re in the mood for unique flavors:

Strictly defined, sushi consists of rice with vinegar combined with a variety of other ingredients. Slices of fresh seafood are more properly referred to as sashimi (see below). The preparation techniques and specific items used in quality dishes depend highly on the preferences and abilities of the itamae, or sushi chef. Order based on your tastes, or if you’re feeling adventurous tell the chef, “Omakase,” and you’ll get a choice plate personally selected by the itamae.

Thin pieces of raw fish or meat offer flavorful tidbits for any gourmand. Traditionally served with a vegetable garnish and complemented with wasabi, ginger, or another condiment, sashimi is often considered the masterpiece of traditional Japanese cuisine. Salmon, shrimp, and tuna are popularly used for this culinary pleasure, but you may also encounter eel, octopus, and other exotic sea creatures.

Nigirizushi (nigiri) consists of rice compressed into an oval-shaped ball, topped with a piece of seafood. Gunkanmaki is a type of nigiri in which the contents are held together with a sheet of the seaweed nori. Connoisseurs know to avoid mixing nigiri and sake because each is made of rice and doing so interferes with other flavors. Sip a refreshing green tea instead.

There’s a lot to experience in a Japanese steakhouse like Shogun. Expand your horizons by trying out some of the stellar sushi dishes.  Make your reservation for Shogun Japanese Steakhouse in Orlando at 407-352-1607 or online.

Japanese cuisine relies heavily on noodles. Flours used in the noodles range from buckwheat to yam flour. Dishes such as teppanyaki and hibachi are traditionally served with yakisoba noodles, but there are a variety of noodles the Japanese incorporate in their meals.

Mung bean starch is the key ingredient in the clear harusame noodles. They’re used in soups and stir-fries.

Ramen noodles get their color from kansui, mineral-rich water. Made from wheat and eggs, these noodles come to life in a rich, meaty broth that cooks for hours and is a staple in Japanese cuisine.

Free of any gluten, rice noodles are a versatile ingredient in Japanese cooking. The noodles work well in soups and pan-fried dishes.

Yam flour forms the low-calorie shirataki noodle. Shirataki do well in any Japanese noodle dish, but you’ll find them frequently served with sukiyaki.

Buckwheat flour is the key ingredient in soba. The noodles are a staple in Toshikoshi Soba, a traditional New Year’s Eve soup made with a dashi, mirin, and soy sauce broth. Soba noodles are usually served cold accompanied by Japanese dipping sauces.

While somen are ideal in both hot and cold dishes, the hand-pulled noodles become cooling meals in the heat of summer. The cooked wheat noodles are plated with mirin and soy dipping sauce and topped with garnishes like ginger, scallions, and wasabi.

Thick udon, made from buckwheat flour, noodles work well in both hot and cold dishes. Typically, they’re served in a flavorful Japanese broth known as dashi that’s made from dried kelp and fish.

Yakisoba, the name of this wheat flour noodle, translates to “fried buckwheat.” Unlike many Japanese dishes that cook in broth, yakisoba gets tossed in a sauce before pan frying.

No matter which Japanese noodle you select, each brings a different taste and texture to your soup or noodle dish. Taste the delectable flavors of traditional Japanese noodles at Shogun Japanese Steakhouse in Orlando. Call 407-352-1607 or make your reservation online today.